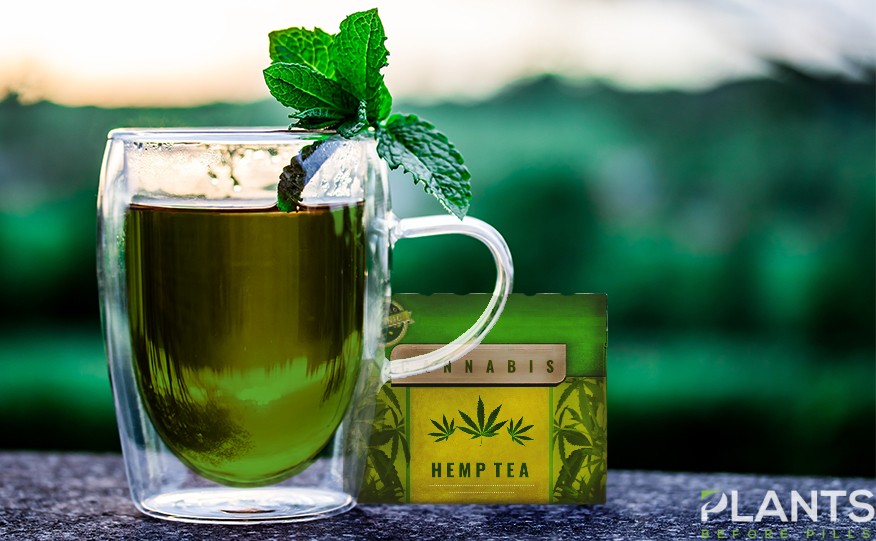 Perhaps you have enjoyed that lovely cup of hemp tea at your
friends’ place and cant wait to make a cup of your own the way you like at your
home. Perhaps you have already tried but are not too happy with the results.

Well, different people make hemp tea in different ways. Some
like to add CBD oil to their tea, others prefer to use hemp tea bags, and there
are others who prefer to use the raw herb and its parts. CBD provides numerous
benefits on its own, but when combined with green, hibiscus, black tea, the
benefits are magnified

So, how do you want to make your cup of hemp tea and extract
the best benefits as well as a good taste out of it?

All you need to do is just keep the following tips in mind
to get the best results.

The Difference Between Hemp CBD and Cannabis CBD

What is Industrial Hemp and What is it Used For? 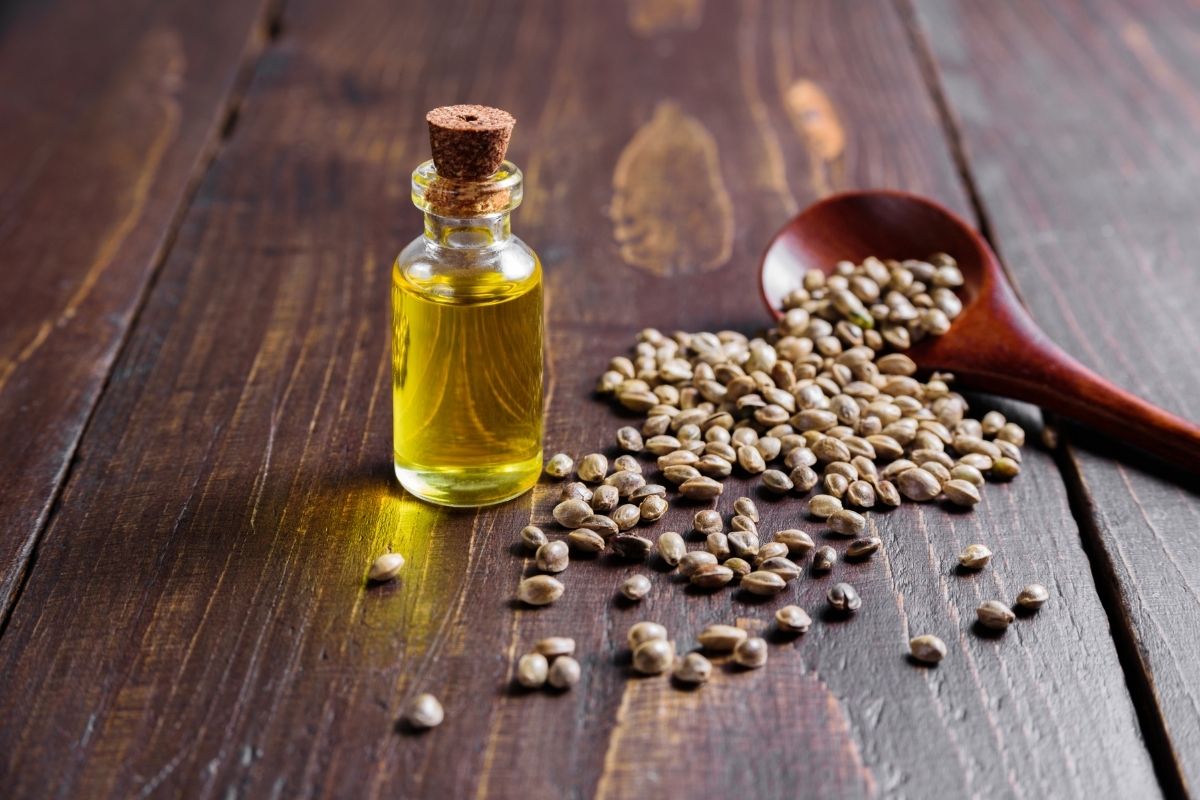 One of the first known instances of humans using hemp dates back to over 10,000 years ago, when it was used in China to make fabrics, paper, and other textiles like rope. The widely used hemp for industrial and medicinal purposes was banned in the U.S. in 1937. In 2018 the Farm Bill opened hemp’s massive potential again, and it is only now regaining traction in the U.S. and elsewhere in the world as research is beginning to reveal the many benefits of hemp.

Industrial hemp is quite a common crop in the U.S. since it looks like marijuana, but the two are different plants, though they are both members of the cannabis family. Hemp is grown mainly for its seeds and fibers. Hemp fibers can be used to make ropes and fabrics, while its seeds can be pressed to produce oil. As with any product, the quality of the end product always starts from the source. In order to get the best yields and the best end products, a grower should utilize high-quality industrial hemp seeds.

1. What is Industrial Hemp?

Industrial hemp is a variety of the Cannabis sativa plant species explicitly grown for non-drug or psychoactive purposes. It is a tall, leafy plant that can be used for various applications. In this blog post, you will get more information about industrial hemp and its uses around the world.

2. What is Industrial Hemp Used For?

Industrial Hemp is a versatile crop that can be used in a multitude of ways, ranging from the manufacturing of food products and clothing to the production of biofuels. Most people have seen or heard of hemp in the context of its legalization in the U.S. and the highly-publicized health benefits of phytocannabinoids like CBD. But hemp is a variety of the cannabis plant, which also contains marijuana. As a result, many people are confused about the difference between industrial hemp and marijuana and why the legalization of the former has led to renewed interest in the latter. We hope this blog post has given you a better understanding of industrial hemp.

Cigarettes Are Bad For You; Now There Is A Viable Alternative 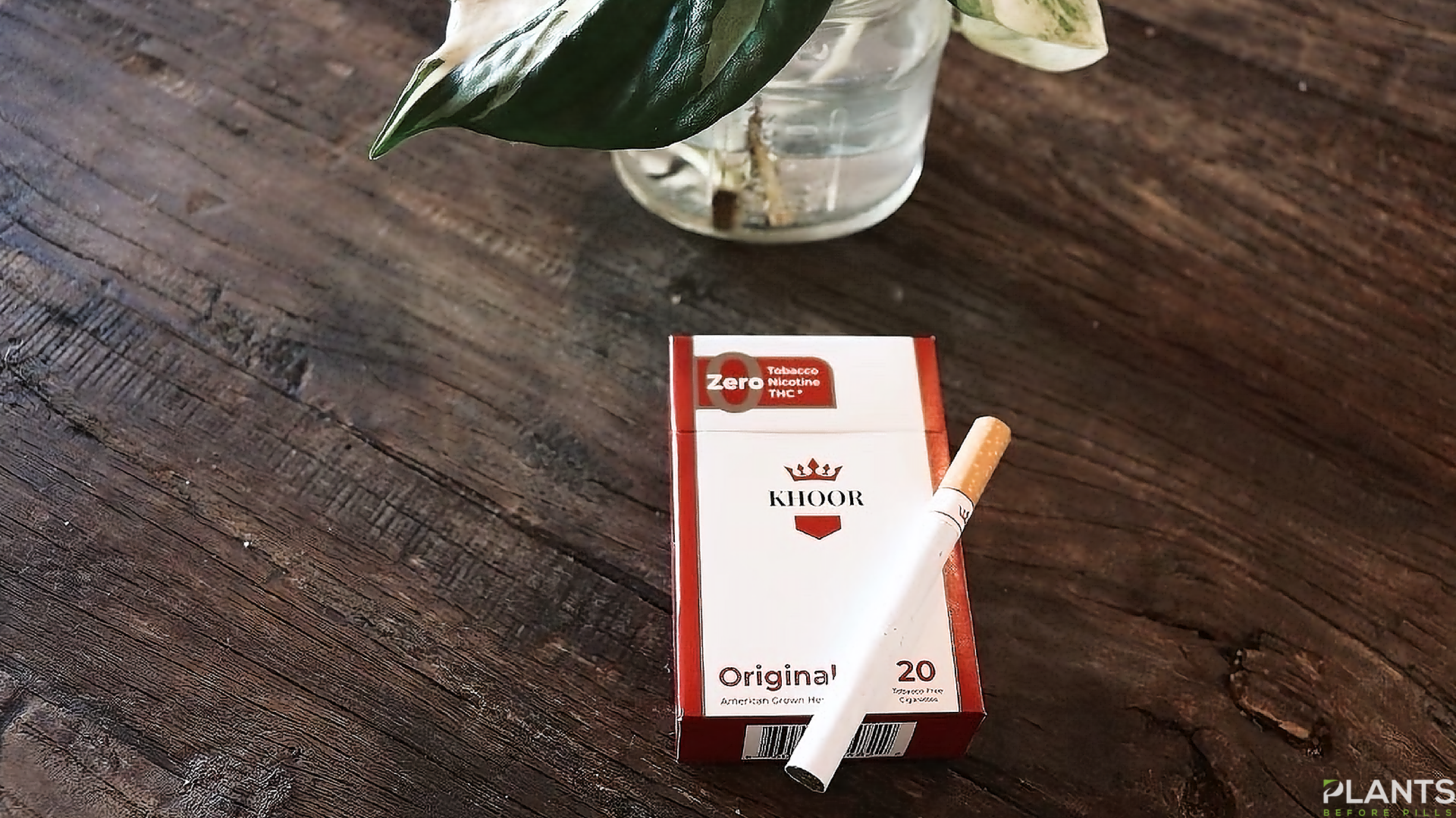 Putting out a cigarette can help you live longer. Studies show that the more cigarettes you smoke in your lifetime, the more likely you will develop heart disease, which is currently the leading cause of death. The good news is when smoking rates decreased in the U.S., so did heart disease rates. Whether you have struggled with the addictive nature of cigarettes in the past or know someone who has, it can take a stranglehold on the life of the user. That is because nicotine is present in it, which is a highly addictive compound that keeps users coming back over and over again. This is a dangerous habit with very serious consequences.

Here are a handful of facts on just how dangerous smoking cigarettes are:

There have been several products out on the market that range from slow-release nicotine patches all the way to hypnotism. Some of them work well, while others are simply fads with very little science-backed evidence of effectiveness.

Now there is a product in the market with potential, and that is KHOOR. KHOOR Cigarettes are a Safe and Natural way to help you get rid of your Tobacco Cigarette Cravings. To maintain compliance with Federal and State regulatory requirements, these e-liquids are free of nicotine, tobacco derivatives, oils, and/or any other chemicals.

Suppose tobacco consumption rates continue to decrease at the rate they’ve been declining in recent years. In that case, the U.S. will see a concurrent reduction in the number of people developing coronary heart disease! While heart disease is still the leading cause of death among Americans, that doesn’t mean that we shouldn’t celebrate every small step toward progress to make our nation healthier! Part of making this happen is exploring and supporting alternative cigarette companies and what they have to offer.

Have you tried to kick the tobacco smoking habit in the past? What were the methods or tactics you have tried and were they effective? We would love to hear from you on our social media accounts!

The Difference Between Hemp CBD and Cannabis CBD 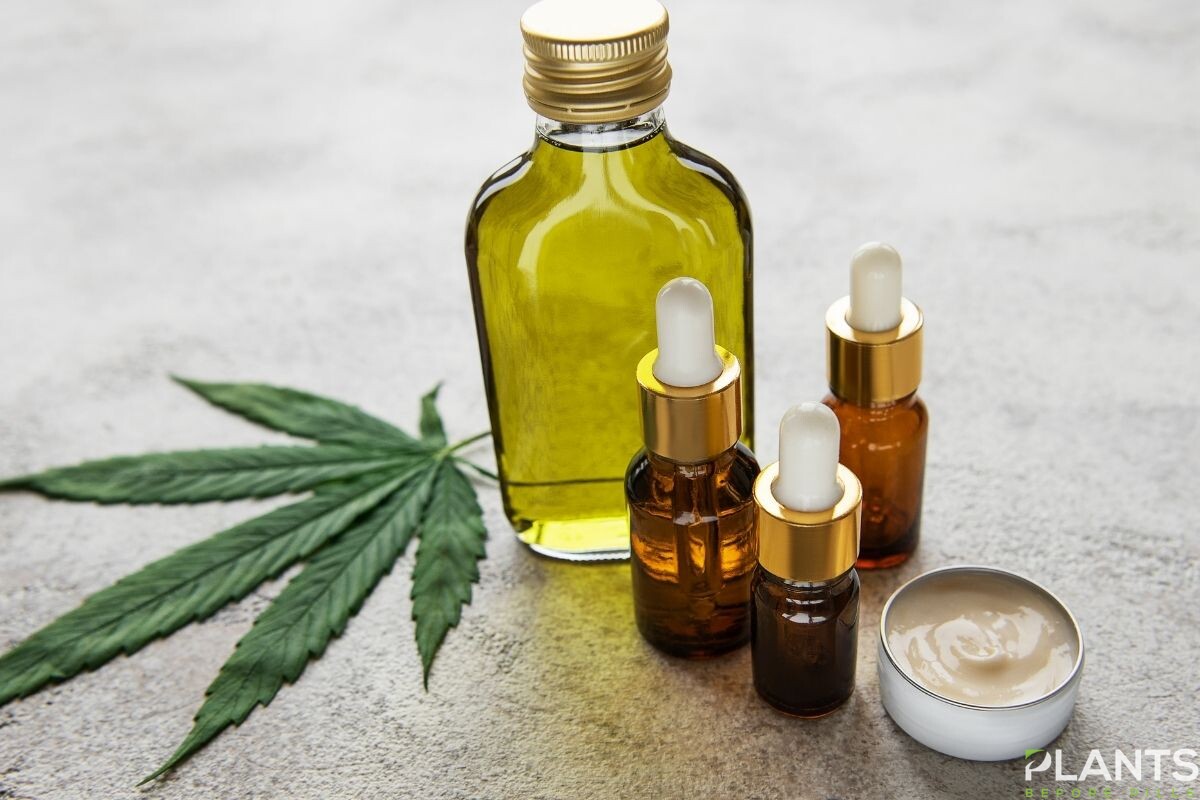 As CBD’s popularity grows, so does the variety of products available. Uncertainty arises when it comes to whether or not a product’s CBD is derived from hemp or marijuana. Briefly stated, the Sativa plant is responsible for its creation.

The cannabis vs. hemp CBD misunderstanding CBD has to do with classifying and naming the plant as well as its chemical makeup.

As a general rule, hemp plants have more CBD, whereas cannabis plants contain more THC, a chemical that induces the “high” that many associates with cannabis usage, than do cannabis plants. So, let’s delve deeper into this comparison. Details are provided below.

CBD’s potential health advantages have sparked public interest and increased its accessibility. Most commonly, people take CBD to assist with pain, discomfort, addictions, and stress. The endocannabinoid system, which is a transmission network, appears to be the mechanism through which CBD operates.

As one of more than 540 phytochemical content in Cannabis sativa, CBD is non-intoxicating. Additionally, the “high” feeling is caused by the chemical THC or delta-9-tetrahydrocannabinol. The differential in THC levels between hemp and cannabis is what has led to plenty of regulatory snags. 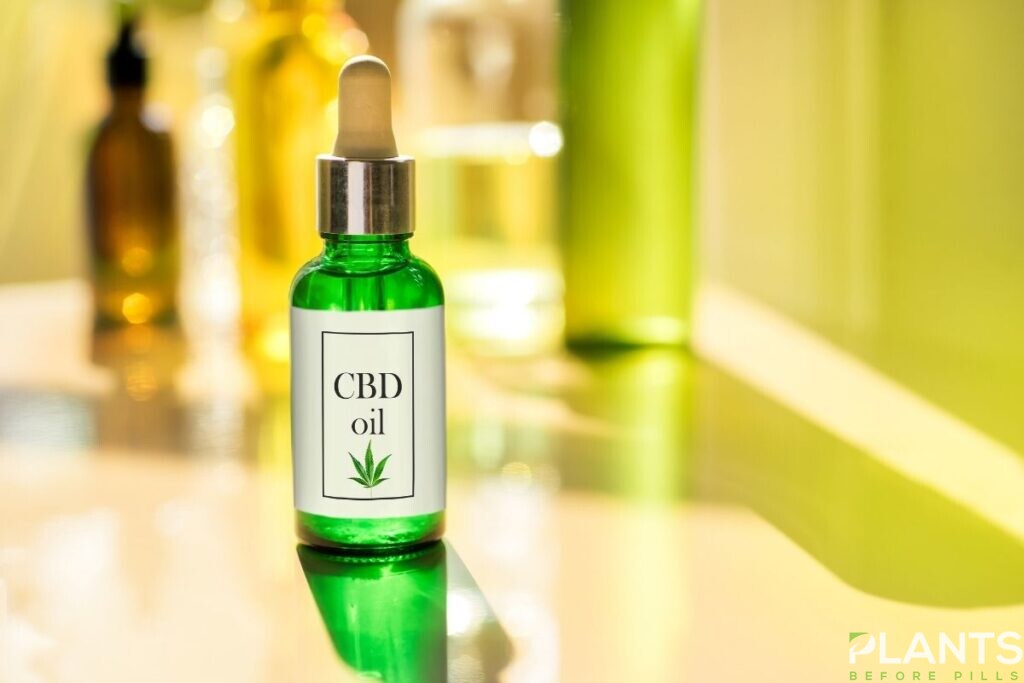 There are far more than 540 different chemicals found in cannabis and hemp species, including CBD and THC as well as other compounds. Most of the differences between these two plants come down to the number of compounds they possess.

Cannabis has a higher concentration of THC than CBD. It has more CBD and less THC than marijuana. What’s most essential is that the advantages of CBD are the same whether it’s based on cannabis or hemp. Typical symptoms, such as nausea, fatigue, and irritability, are unchanged. As a result, CBD does not differ chemically based on the plant from which it is derived.

As a result, the quantity of CBD that can be extracted depends on where it comes from. Due to the higher CBD content in hemp plants than in marijuana plants, hemp is the most profitable and least risky alternative for producers.

One of the biggest differences between CBD from hemp and CBD from cannabis is that cannabis CBD is illegal. Products manufactured from hemp-compliant plants are allowed in the majority of the United States, with the exception of 3 states, as per the 2018 Farm Bill. Such brands as Big Chief Premium Hemp utilize hemp-derived CBD for it’s products.

This law prohibits the sale of products derived from plants with high amounts of THC. All CBD products should, nevertheless, include less than 0.3 percent THC, so even those produced from cannabis should be below this threshold.

Drug Enforcement Administration (DEA) considers any CBD products possessing more than 0.3 percent THC as a Schedule I drug in places where recreational use of cannabis is not legalized.

CBD is generating a lot of buzz because of its potential to treat a variety of physical and mental illnesses, despite the fact that there is no scientific proof to back up these claims. As a result, hemp and cannabis are two distinct types of the Cannabis sativa plant, with hemp possessing more CBD and less THC.