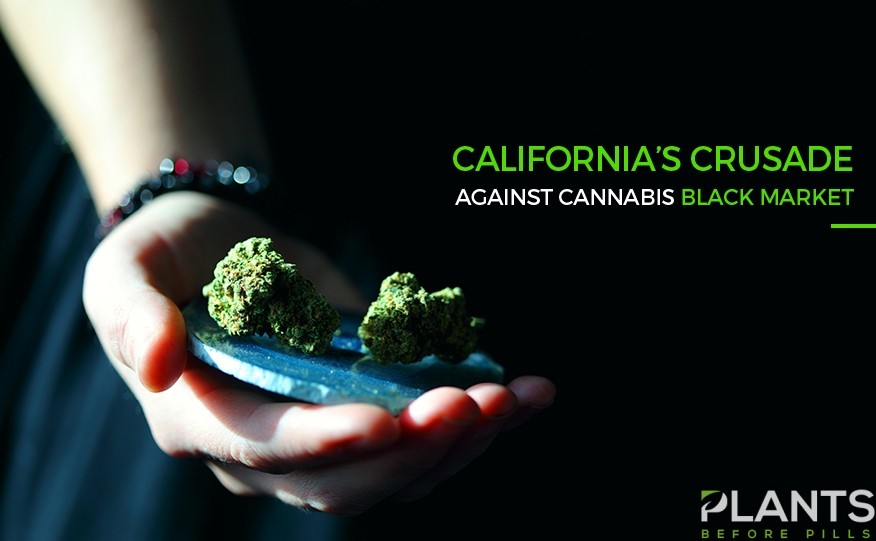 In continuation of the previous article I posted yesterday, the dominance of black market selling unlicensed cannabis products is still rampant. The authorities in California were able to discover $30 million worth of marijuana products from illegal dispensaries.

Since last year, the local units worked with the Bureau of Cannabis Control (BCC) to seize unlicensed marijuana shops in the whole of California. Because 2018 is the first year of licensing, a lot of shops popping out every corner, reaping profits without going through the legal process imposed by the BCC.

According to Grizzle, authorities were able to raid six unlicensed dispensaries, wiping out 1,594 pounds of marijuana and other cannabis-infused products in 2018. Meanwhile, a total of 2,500 pounds of illicit cannabis were confiscated by the authorities on the first six months of this year. A total of $16.5 million worth of products were also seized.

Cash from selling unlicensed marijuana was also confiscated, amounting to $219,874.

With this increase of law offenders, Gov. Gavin Newsom is issuing a $30,000 fine per day to unlicensed marijuana growers, distributors, retailers, and dispensaries.

State bureau chief Lori Ajax said that the authorities are looking forward to the partnership with local jurisdictions to address the issues in relation to the illegal cannabis business. However, because there is still a black market going on, local enforcers need the help of the communities to stop these underground deals and selling.

The cannabis business is a vehicle for investments because there is a huge demand. According to NBC News, the legal marijuana industry has a revenue of $10.4 billion and this figure will continue to increase as more states allow medical use of cannabis.

In North America, investors poured $10 billion to conduct more research, product testing and develop new cannabis products. This investment will go up to $16B this year due to demand.

Green Bits CEO Ben Curren said, “Investors are getting much savvier when it comes to this space [marijuana] because even just a couple of years ago, you’d throw money at it and hope that something would stick.” Legalize marijuana use means more people getting access to this plant, either for medical or recreational.

The massive amount of marijuana confiscated from unlicensed retailers simply mean that the business is good. If these illegal pop-ups continue to invade the market, licensed retailers lose a big amount of money. Hence, authorities pledged to eliminate the black market and ensure consumer’s safety by allowing only high-quality cannabis products.