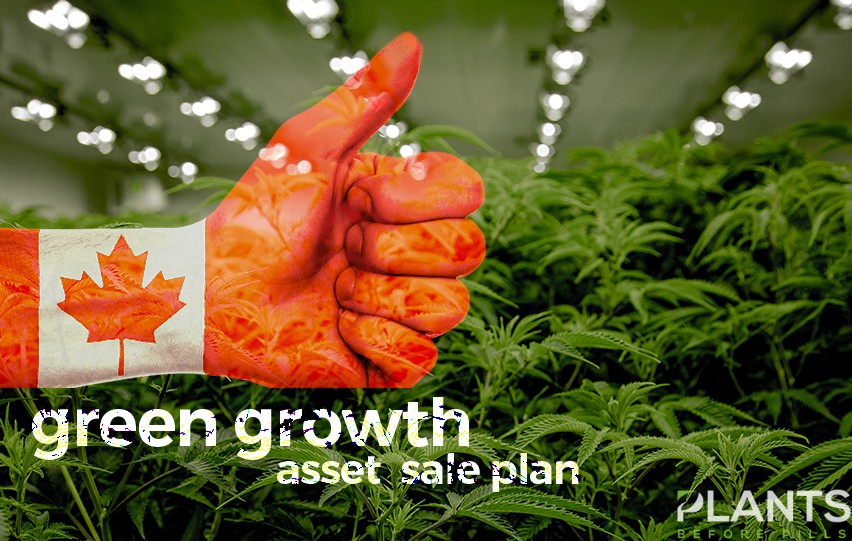 The high court granted Green Growth Brands a ‘stalking horse bid’ to see its creditors and buy it for an estimated $105 million. This was after the company filed insolvency protection under the CCAA last month.

The Canadian court initially granted the application for protection for a 10-day period until May 29, 2020, but it was pushed until June 12, 2020. On Tuesday, the court once again issued Amended and Restated Order to extend the period until August 15 this year.

All Green Growth’s assets, properties, and undertakings in connection with the debtor-in-possession should be approved under the stalking horse agreement. The aggregate principal amount of 15 percent matured on May 17, with US$23,717,000 secured convertible debentures.

According to the court, Green Growth Brands has more than $100 million in secured debt to lender All Js Greenspace as of May 2020. The company is said to have ‘very limited cash on hand’ and only relies on lender Greenspace for financing.

Early April, the company recalled financial struggle after it had put all CBD business into receivership, shortly after former CEO Peter Horvath stepped down from his position. The company tried to focus on its marijuana operations in the United States but the pandemic slowed down sales altogether.

Green Growth’s operations in Nevada, Florida, and Massachusetts were ‘fueled by debt’ and expansion plans was put to an end. For the early months of 2020, the company’s cash flow were reported negative, which led to the piling of debt.

While the situation in early 2020 is not improving, former CEO Horvath didn’t blunt and continued pushing for an aggressive growth strategy. Horvath super headed Green Growth’s hostile takeover of Aphria Inc., which is a known pot producer in Canada.

Despite the change in strategies and an impressive network of kiosks, the company ventured into a turnaround plan in February before Horvath decided to step down in March. The splashy entrance to the CBD market isn’t enough to sustain the increasing debt of the company.

Part of Green Growth’s plan is to sell its CBD business but the pandemic shattered the sales from mall kiosks, as the government ordered the closure of establishments. The damage was huge and cost the company $34.8 million.

Green Growth is also facing a number of lawsuits including the failed merger with Moxie, which is seeking $19 million. 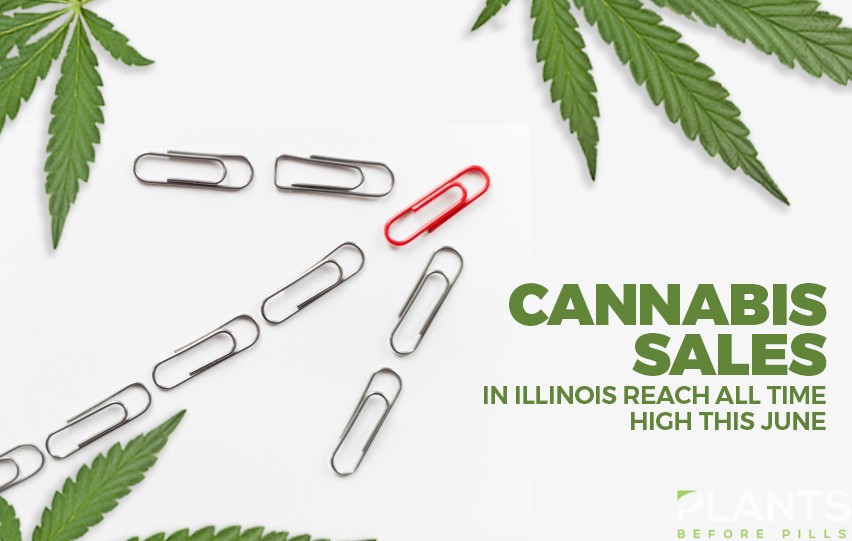 As businesses have slowly been opening around the globe, one of the industries that have greatly benefitted from this is the cannabis industry. In Illinois, the report from the Illinois Department of Financial and Professional Regulation showed that marijuana dispensaries in the state have reached a massive revenue for June, with more than $47.6 million worth of products sold.

Following this, NBC Chicago states that Illinois sales set an all-time high record within the state. Prior to Illinois’ current record, the previous record held by the region during May 2020 was $44.3 million.

According to the Daily Herald, approximately 994,545 marijuana items were sold, with around $48 per purchase. Marijuana Moment says monthly sales have risen by 5,000 more in June.

The increase of cannabis sales in the state was largely attributed to the out-of-state residents driving by to make purchases. NBC Chicago revealed that individuals who lived outside of state contributed a whopping $12.3 million worth of sale for the month of June alone.

Meanwhile, the Daily Herald reports that $35.2 million of the $47.6 million sold by the dispensaries come from in-state residents.

Patch states that sales in Illinois significantly rose by more than 21 percent. Meanwhile, the state’s pre-tax spending rose by less than 3.5 percent.

When asked about Marijuana Moment about the rising sales, the Office of Economic Analysis said in May that, “Expectations are that some of these increases are due to temporary factors like the one-time household recovery rebates, expanded unemployment insurance benefits, and the shelter in place style policies.”

Tax revenues will reportedly be released later this month by the Department of Revenue. The state is slated to make around $13 million in marijuana taxes and associated sales.

Currently, the state of Illinois imposes taxes on marijuana products based on its level of potency. THC products ranging sold in marijuana dispensaries are taxed accordingly with anywhere from 10 percent to 25 percent depending on its potency. According to the Daily Herald, these taxes go to a variety of dedicated coffers.

Among the groups that will benefit from the tax revenue distribution is the state’s general funding with a 35 percent allocation, communities affected by the war on drugs with 25 percent of funding, and 20 percent will go to substance abuse and mental health programs in the state. Meanwhile, 10 percent will be given to the overall bill backlog of Illinois.

Since its legalization in January 2020, marijuana dispensaries in the state of Illinois have successfully amassed $239.1 million worth of cannabis products. Patch reveals that more than $52.5 million was garnered by the state within the first five months of legalization.