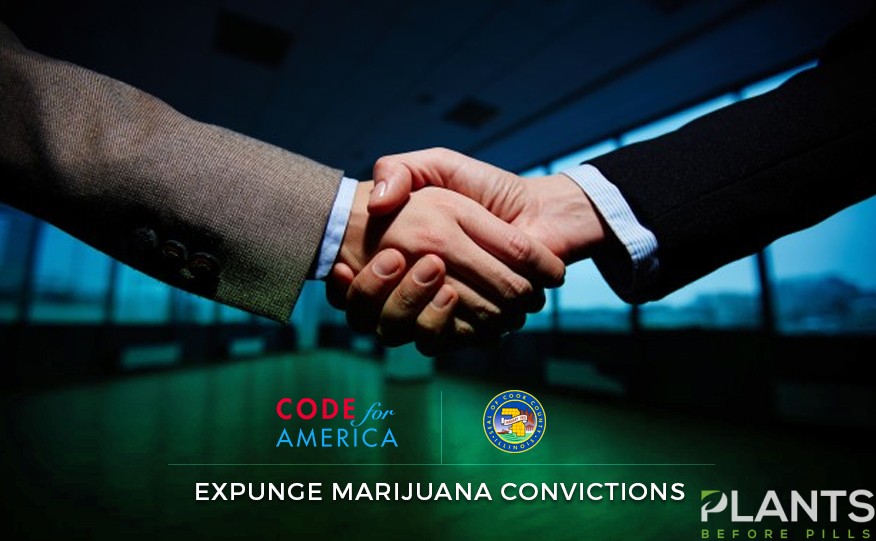 Law enforcement officials from Illinois’ Cook County announced last  August 27, they would be collaborating with non-profit tech company Code For America to expunge the criminal records of people convicted of marijuana charges.

In a report from Chicago Tribune, under the said partnership, Code for America will help automate expungement proceedings for Cook County cannabis convictions involving amounts smaller than 30 grams. This includes misdemeanors and Class 4 felonies.

“The technology and innovation made possible through our partnership with Code for America will help us provide broad and equitable conviction relief for tens of thousands of people while ensuring that more of our time and resources can be used to combat violent crime,” said Cook County State’s Attorney Kim Foxx on Tuesday.

“This partnership is one of many steps Cook County is taking to leverage technology in order to better serve our community and bring our criminal justice system into the 21st century,” she added.

In June this year, Illinois became the 11th state to legalize recreational marijuana. On the same date, Democratic Governor J.B. Pritzker signed a bill that will automatically expunge and pardon the records of about 800,000 state residents with low-level cannabis convictions.

The law is set to take effect on January 1, 2020, and officials are currently working to ensure a definitive and organized legal system for that date.

“It is prosecutors who were part of the war on drugs, we were part of a larger ecosystem that believed that in the interest of public safety, that these were convictions that were necessary to gain,” continued Attorney Fox.

“In the benefit of hindsight and looking at the impact of the war on drugs, it is also prosecutors who have to be at the table to ensure that we are righting the wrongs of the past.”

Code for America serves as a network which builds digital services to enhance government capabilities. Earlier this year, it had assumed a critical role in expediting cannabis expungements in San Francisco with over 9,000 cases

“Code for America’s partnership with Cook County expands our Clear My Record program to a second state and further proves that justice can happen at the scale and speed we know is possible in the digital age,” said Code of America Founder and Executive Director, Jennifer Pahlka.

“Thanks to the leadership of State’s Attorney Foxx, we’ll provide conviction relief expeditiously, at reduced cost, and in bulk in Illinois, and help tens of thousands of individuals get a fresh start.  And we’ll continue to show that government can work as it should for all people when we bring government into the 21st century,” she added.