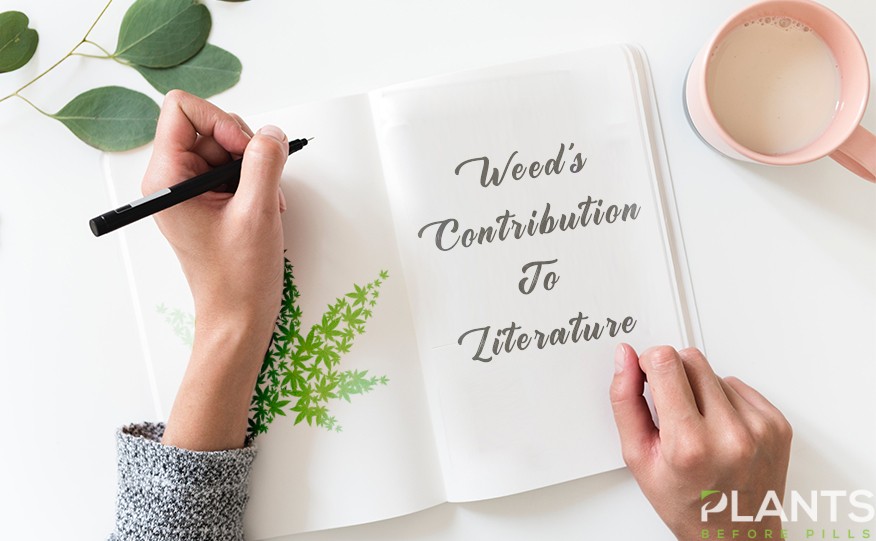 Cannabis, with its energy- and creativity-boosting properties has been helping countless artists throughout the years. Musicians, filmmakers and painters have been getting inspiration from this herb. You can say the same for writers. Wondering if you have read some of these authors? Read on to find out!

4 Litterateurs Who are Known to Have Consumed Cannabis

First on our list is William Shakespeare, the prolific English playwright and poet himself. He authored a whole bunch of comedies and tragedies including A Midsummer Night’s Dream, Hamlet and the all-famous Romeo and Juliet. If you are wondering where all of his creativity comes from, you will be glad to know that he got some inspiration from weed – and sheer, talent, of course!

A study published in the South African Journal of Science states that traces of cannabis are discovered in tobacco pipes found in Shakespeare’s’ backyard. No wonder he wrote the famous line from Hamlet, talking about a “spirit with divine ambition puff’d.” While this passage does not necessarily pertain to marijuana perse, it might as well be as the plant allowed his legacy to reach great heights that many writers can only aspire to achieve.

If you have watched the Broadway musical Les Misérables and the film adaptation of the same name, you probably know that this masterpiece was originally a novel by Victor Hugo. Dealing with various topics including socio-economic inequalities and injustices, this piece of literature is just one of the most notable works produced during this era.

You see, Hugo was a member of Club des Hachinchin, group dedicated to trying out all kinds of psychedelics and psychoactive, including marijuana. Included in this group as esteemed writers and thinkers such as Alexandre Dumas (of Three Musketeers fame) and poet Charles Baudelaire. They were known to consume hashish, which is made from the cannabis plant.

Famous poet and civil rights activist Maya Angelou is also known for her marijuana consumption. In one interview, she talked about the changes in her life when she first encountered ‘grifa.’ According to her, she ‘learned new postures and developed new dreams,’ once she had her taste of this wonder plant. In fact, it seemed to have made such an impact in her life as she said that for the first time in her life, life amused her.

According to Angelou, she used cannabis to get over her childhood traumas and abuses. However, she developed a system to help herself stay disciplined even when consuming the herb.

Horror writer Stephen King used to struggle with addiction and alcoholism. Incidentally, he wrote some of his most frightening works during this tumultuous time in his life. Reports say that his monumental work, Cujo, was written while high on marijuana (and some other substances). While it is not as surreal and supernatural as his other works such as Carrie, the horrific undertones of this masterpiece can really bite you to the bones. Get it?

Aside from drawing inspiration during his stoned state, he is also an advocate for medical marijuana. In an interview with the High Times, he says that he favors the decriminalization of the plant.

From the famous works of Stephen King to the everyday words we now use invented by Willian Shakespeare, it seems that language and literature have been benefiting from this wonderful plant. So, the next time you read a piece of literary art, you might want to look into the lives of their authors and find out if, at some point in their lives, they got inspiration from cannabis.

Getting High on Easter: How Weed Helps in Lent Meditation

The Greatest Fictional Stoners on Novels You’ll Ever Meet