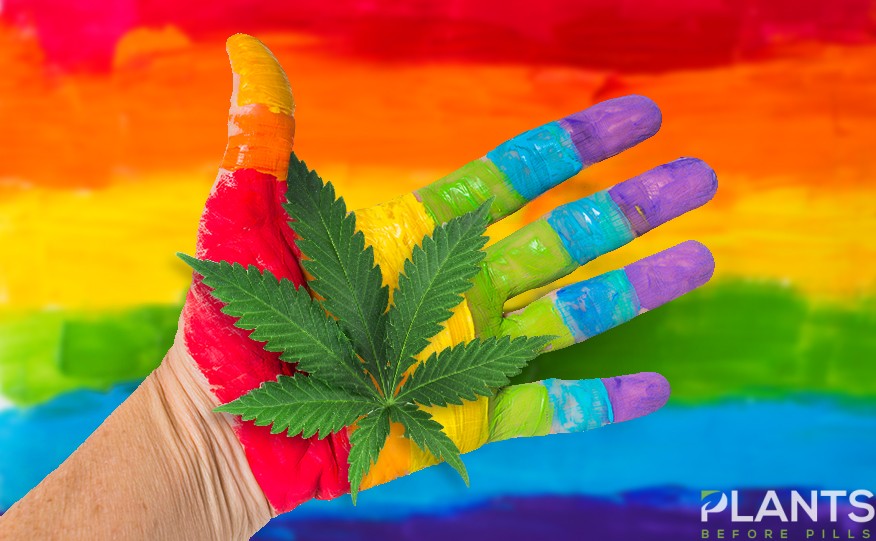 No cannabis historian worth their salt can deny the contributions of the LGBT community in the world of marijuana. Some of the most important events in cannabis history are connected with members of the queer community. If this is the first time you are hearing about this, worry not because here are the most notable connections between both communities.

The First Medical Marijuana Dispensary in the US

Did you know that the first-ever medical marijuana dispensary in the United States was established thanks to the efforts of a gay man? Dennis Peron is the owner of the first dispensary in the country which was launched back in 1991 in San Francisco, California.

Wondering why and how he did so? Well, Peron lost his partner to AIDS, which even then is known to be a condition that can be treated using marijuana. Together with another advocate, he arranged a ballot initiative called Proposition P, which made medical marijuana an accessible option for patients. Around 80% of the voters approved of the bill.

By 1996, Peron organized a signature campaign called California Proposition 215 (also called the Medical Use of Marijuana Initiative or the Compassionate Use Act). The ballot initiative was passed in the November 1996 elections.

Today, Peron’s efforts paid off as California now allows the use not only of medical but also recreational cannabis. In fact, the recreational use of the plant is legal in 8 other states, including Washington D.C. AIDS and HIV are also listed among the chronic and debilitating symptoms and conditions that qualify for MMJ.

The Connection with Harvey Milk

The Proposition seeks to cease the arrest and prosecution of people who cultivated, transferred and possessed cannabis. It was organized by Peron, friend and supporter of Milk. The Guardian reported that Milk “helped push” the ordinance.

Milk also advocated rent control and restriction of real estate speculation. Moreover, he worked with labor leaders and opposed corporate interests including redevelopment plans. Unfortunately, Milk was not able to continue his work as he was assassinated by a homophobic cop in November 1978.

Some Marijuana Companies Support the LGBT

Suzannah Weiss from Weedmaps acknowledged that there is evidence of gender inequality in the cannabis sector. According to her, sexism and mistreatment of the LGBT occur in the industry. However, the marijuana community has shown support of the queer community in the past.

While there are companies who rode the support bandwagon to make money, there are cannabis-focused companies that funneled their funds to actually support the community.  Kiva Confections, an edibles producer, made a five-figure donation to the Los Angeles LGBT Center. The donation was announced during RuPaul Drag Race alumni Laganja Estranja’s Pride party last June.

There are also brands that directly collaborated with the queer community throughout the years through charities.

Just as the LGBT community is fighting for rights that have been long denied them, the cannabis community is also advocating for a plant that has contributed to humanity for millennia but has been negatively judged throughout the years. There’s no room for prejudice when talking about the right to use cannabis.

With the oppression and injustices faced by marijuana users in the past, including unjust imprisonment and even death, it makes sense for cannabis advocates to fight for the legalization of the plant. And the LGBT community has contributed greatly to this cause.

The LGBTQ Community in the Growing Cannabis Industry

Petition to Legalize Marijuana Submitted to Mississippi’s Secretary of State