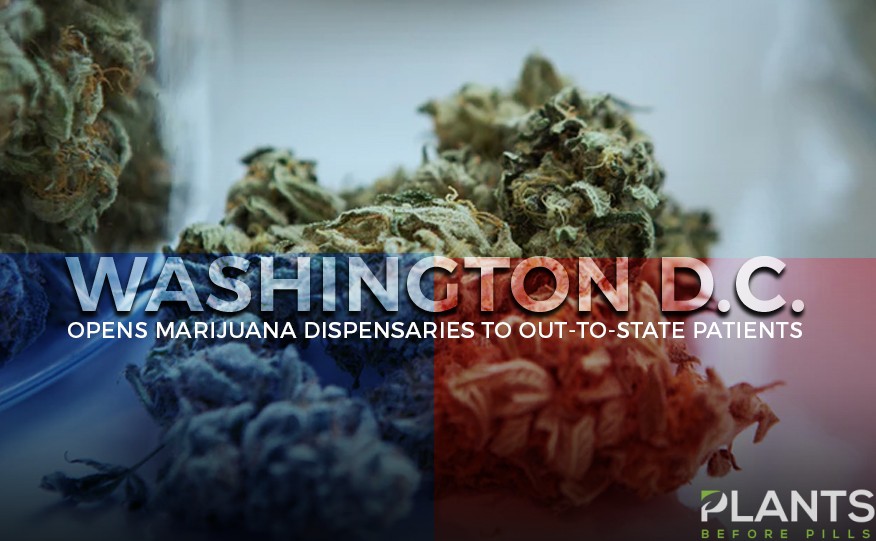 “This emergency rulemaking is patient-centric,” said Mayor Bowser in a statement. “It ensures medical marijuana patients from other states can obtain their needed medicine. It will also promote public safety by allowing visitors to obtain their medicine at one of the District’s six — soon to be seven — authorized marijuana dispensaries rather than forcing them to go without or patronizing the illegal market.”

The new policy will now expand the list of reciprocal acceptance from 19 to 27 states. The new additions include Alaska, Arizona, Arkansas, California, Nevada, New Mexico, New York, and Vermont. The District is also currently reviewing four other states to include in the list, namely Louisiana, Minnesota, Oklahoma, and West Virginia.

A year later, Mayor Bowser proposed the Safe Cannabis Sales Act of 2019, which allows the sale of recreational cannabis in Washington, D.C. with a 17 percent tax. It requires cannabis-focused businesses to meet a threshold of 60% ownership by D.C. residents, and 60% DC-native employees. This would be applicable to DC weed delivery companies as well.

The latest emergency rulemaking is regarded by many to have opened an avenue for non-resident patients to access medication when visiting the nation’s capital.