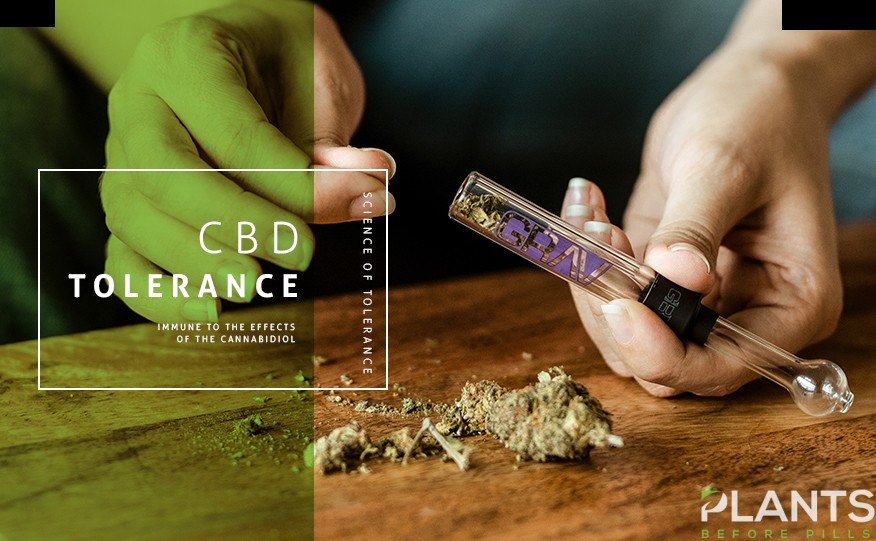 Because of the predominantly negative perception of cannabis, there are numerous misconceptions attached to this plant and its cannabinoids. Luckily, the public’s view of this is changing. One of these misconceptions is that the cannabinoid CBD is linked to tolerance. In finding out whether it is true or not, we need to know what exactly this occurrence is on a scientific level.

The Science of Tolerance

According to experts, tolerance to substances is basically the decreased response when exposed to these substances. This can manifest in the cellular, metabolic and behavioral level. In the cellular level, this occurs when receptors frequently interact with the substance, resulting in lessened effects to the body. Meanwhile, when there are decreased effects due to fewer amounts of the substance reaching the receptors, it is called metabolic, while behavioral occurrence is the person’s reduced ability to feel effects of the chemical due to constant use.

Now that you know the different levels of tolerance, you may be wondering whether this applies to CBD. Well, let’s find out! Here are questions that can help clarify the matter:

Are there people who are immune to cannabidiol from birth?

The first question that may come to your mind is whether or not there are people who are tolerant to CBD the moment they were born. Keep in mind that cannabinoids target the human body’s endocannabinoid system. This system is in charge of pain, pleasure and immune system functions of the body. So, a person with a healthy endocannabinoid system will be able to receive cannabinoids properly.

If a person has problems with this system, then they may have trouble processing cannabinoids such as CBD. So, it possible that there may be people who are immune to this cannabinoid. In fact, there are individuals whose endocannabinoid receptors unfortunately lacks the ability to process cannabinoids from external sources. This makes them immune to the effects of cannabidiol and other cannabinoids.

Can you develop CBD tolerance?

However, keep in mind that only THC is observed to cause immunity in some people. On the other hand, users of CBD have not reported any symptoms of molecular and cellular occurrence and studies have not observed this, as well. In fact, cannabidiol users even exhibit signs of reverse tolerance.

What is reverse tolerance?

If you think this only works one way, think again. Studies show that people develop the need to consume smaller and smaller amounts of cannabidiol overtime. The best thing about this is that long-term use leading to the need to consume lower amounts does not affect the effects it has on the body. So, this means that when you build reverse tolerance, you will need a lower dosage to achieve the same effects as when you have started your larger CBD intake. This is because this particular cannabinoid facilitates increased activity in the endocannabinoid system’s receptors, making it work more efficiently as compared to THC, which decreases the effectiveness of these receptors.

Nothing beats information dissemination and knowledge when it comes to dispelling myths. Now that you know that CBD does not cause immunity, you can consume this wonderful cannabinoid without any worries. You can even save up on your consumption in the future with reverse tolerance!

6 Refreshing and Energizing CBD Beverages You Must Try

Effects of CBD to Your Body After Consumption