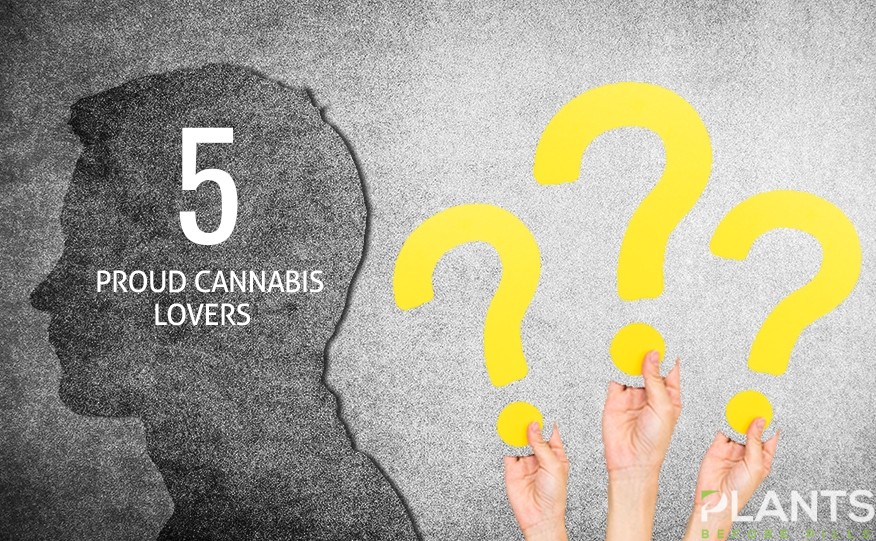 For centuries, hundreds of stereotypes have already been associated with people using marijuana. From the classic lazy stoner, the unemployed gangster, the tie-dye loving hippie, to many more, the images of the green plant enthusiasts have long been distorted with tinctures of madness and evil.

However, despite these reoccurring stereotypes, many have still managed to break the stigma and debunk these lopsided perceptions into dust. From politicians, artists, to business tycoons, many of the most renowned icons in history have admitted having used marijuana at some point in their lives.

Want to know who these exceptional personalities are?

The following are the top 5 most successful people in history who are loud and proud cannabis lovers.

What better way to break the stigma of the “lazy, unemployed pothead” other than becoming the President of the most powerful country in the world? Although many U.S. Presidents, such as Bill Clinton, George Bush, and many more, have been described to be Cannabis users, it was the 44th U.S. President, Barack Obama, who had openly admitted he used to be a cannabis smoker. In 2008, when running for president, Obama wrote about his drug use, saying “When I was a kid, I inhaled, frequently.”

Of course, who would forget about the “dumb stoner” stereotype? For years, many movies and cannabis-inspired novels have been published setting cannabis users as the ultimate fools. However, would you believe it that the greatest playwright who has ever lived was a cannabis enthusiast? William Shakespeare, the literary giant, is said to have been a proud marijuana user. In fact, researchers have found clay pipes with fragments of cannabis in the garden of Shakespeare’s home in Stratford-upon-Avon, which, according to the experts, were dated back to the early 17th century, a timeline that is contemporary to Shakespeare himself.

American businessman and politician, Michael Bloomberg, is also a contender in our list. From leading the world’s leading financial and software company to becoming the 108th mayor of New York City, Bloomberg has proved that there is much more to expect from a cannabis user. When asked whether he has tried one before, the business tycoon is quick to reply, “You bet I did. And I enjoyed it!”

Considered to be one of the most successful people in the world, co-founder of Microsoft and an indisputable genius, Bill Gates also comes as part of our list. In fact, in one biographical account, it has been confirmed that Gates has in fact used marijuana in college, further explaining his open support for the legalization of cannabis in his home state of Washington.

Yes, you’ve read that right. The former CEO of Apple and the great man behind the existence of your iPod, iPad, and iPhone is a cannabis user. In an interview conducted by the Department of Defense, Steve Jobs was reported to be a regular marijuana user back in the ‘70s. “The best way I would describe the effect of the marijuana and the hashish is that it would make me relaxed and creative,” the iconic American entrepreneur and inventor even stated.

It’s time to leave all the lopsided perceptions associated with marijuana consumers behind.  As the battle for the legalization of the said plant continues to take place and different cannabis-based products conquer the marketplace, many believe it is ‘high’ time to see marijuana in a different light.

As cannabis gradually rise to take the world by storm, mindsets are being transformed one by one.

Time is up for these stereotypes.