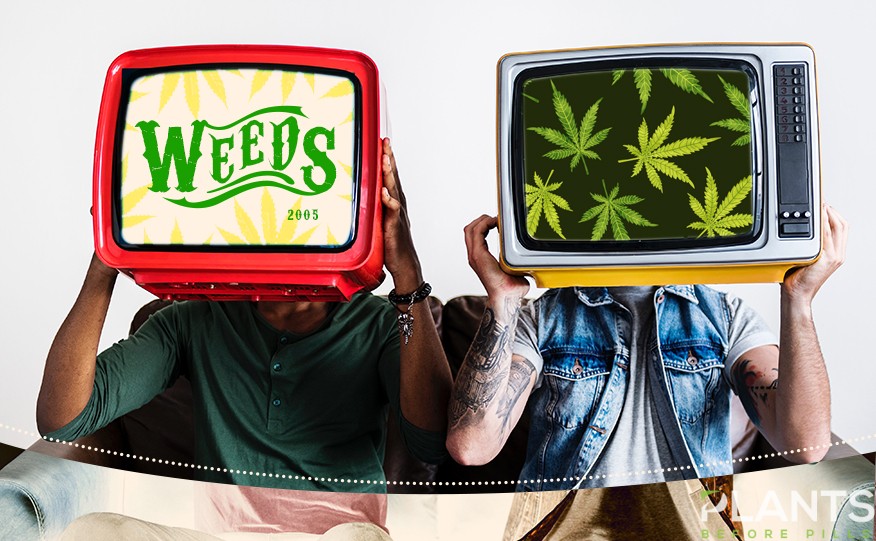 Gone are the days when the use of marijuana remains taboo. As a matter of fact, in the present, there are more and more cannabis TV shows around the world which highlight the use of pot. Perhaps the continued support of the people for this herbal plant has helped pop culture to become more accepting and lenient to showing the benefits of this as well. Compared to the past, weed is now being embraced by viewers of both film and television. While the use of cannabis was initially deemed more appropriate for bums and freeloaders, the shows of today try to paint this herb in a good light.

The premiere of Weeds on the small screen helped normalize the use of cannabis in everyday society. This show, spanning an eight-season run on Showtime, helped paved the way for a slew of weed-related programs to air across the globe. Below are some shows which highlight the use of hemp. Try your hand at one of these entertainment shows and you might just see the appeal of the characters as well as the benefits pot has to bring.

Abbi Jacobson and Ilana Glazer on Broad City seem to encompass what it truly means to live in New York City. Throughout the length of their show, both of these characters use pot as well as weed references. They even nonchalantly walk down the street of the Big Apple while using their vape. If you must know, CBD vape oil might just be the magic these characters are using as they strut down the street.

In another episode, Ilana whips up a “firecracker smoothies” which includes a few grams of cannabis, graham crackers, chocolate gelato, Nutella, and marshmallows. The smoothie was made in to help alleviate the pain after getting teeth surgery. If you are interested in trying their concoction for yourself, putting in a few drops of CBD oil in lieu of cannabis might just do the trick if you’re in a pinch. You know what they say, cannabis for pain relief goes a long way.

While this family drama show revolves around the dynamics of the Pearson family and the enviable Jack and Rebecca love story, there were several times when the use of marijuana found its way on the screen. 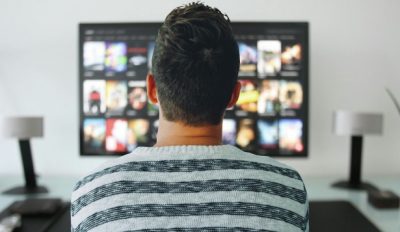 Perhaps one of the most memorable and tear-jerking moments from This is Us was when Beth and William, Randall’s birth father, get high together! With Beth harbouring a secret stash inside their home, she immediately whipped up a glorious pot brownie recipe. With Randall spending the night away and with the girls to bed, both of these characters shared piece after piece of brownie. They even shared poetry together!

If you want to do the same with your friends, you might want to check out Martha Stewart’s pot brownie recipe. If you don’t have fresh herbs on you, using a few drops of hemp oil will do the trick. Just like Beth and William, the CBD oil for anxiety will put all your worries behind.

A smart play on words, Mary + Jane follows the adventures of two entrepreneurs who run a weed delivery business in the city of Los Angeles. Even Snoop Dogg, the poster boy for pot, jumped on the bandwagon and signed up as one of the show’s executive producers. The show premiered last September 5, 2016. MTV decided to cancel the show after one season. Its last episode was aired on February 9, 2017.

While you are watching these shows, make sure you don’t miss out on all the fun. Buy some cannabidiol oil and let this do its magic. Sit back, relax, and enjoy the show. Literally.

Weed-Themed Shows and How These Change People’s Perspectives

How Cody Alt Emerged in the Cannabis Market

Why Giving Your “FurBaby” CBD Can Be Beneficial 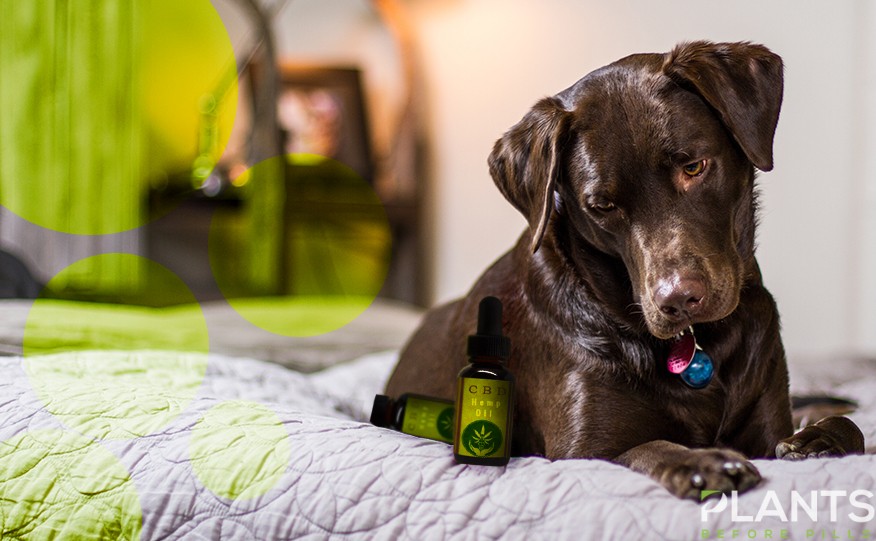 While many are familiar with the incredible benefits of CBD in the human body, only a few are aware that similar effects are attainable for their furry friends. While CBD is part of Cannabis Sativa, rest assured, your pet will not get high from ingesting it, however, they can benefit from it greatly, as cats, dogs, and other pets also have an endocannabinoid system, and since many conditions that exist in humans are also present in animals, they will reap the same benefits from incorporating CBD into their lifestyle as humans would.

How CBD can help your pet depends on what conditions your pet suffers from, below is a list of benefits that CBD provides to pets and their owners. If any of those conditions apply to you or your loyal companion, you might want to take a closer look at CBD products for pets.

CBD Is an Anticonvulsant
CBD has become a widely known treatment for seizures, that applies to animals as well. Numerous studies have proven that CBD is an effective treatment in controlling tremors, tics, seizures, and spasms. CBD is also able to help manage seizures caused by epilepsy and spasticity due to multiple sclerosis. CBD is a powerful anticonvulsant that can help restore order to the overreactive neurons and allow them to fire at a normal rate, reducing the number of convulsions.

CBD Reduces Stress and Anxiety
While you may be familiar with an emotional support animal for those that suffer from anxiety, pets can too suffer from the same conditions. Animals, similarly to humans, suffer from stress, anxiety, and phobias. CBD has become an alternative to the commonly used anxiety medication due to its similar effects on the body and mind. CBD can help temporarily boost serotonin levels in the brain and decrease stress, making it an effective treatment for anxiety in both pets and humans.

CBD Is Anti-Inflammatory and a Painkiller
CBD is a powerful anti-inflammatory compound that reduces pain symptoms caused by conditions such as arthritis, multiple sclerosis, migraines, and even cancer. By reducing the inflammation in the body, not only does CBD help reduce pain, but it also helps to manage the condition itself. CBD has also been proven to be a painkiller by its ability to stop the absorption of anandamide. With the increased levels of anandamide in the body, the pain signals to the brain are significantly reduced, therefore allowing for temporary ease in the amount of pain your pet is feeling.

CBD helps ease vomiting and nausea
Nausea and vomiting are extremely common symptoms in both humans and pets. They can be a result of various conditions or a side effect of certain medications. Although common, they are no less bothersome and can cause a variety of other symptoms such as dehydration, fatigue, etc. Studies show that CBD is a very effective antiemetic and helps to control nausea as well as vomiting, all while stimulating the appetite. While being a powerful treatment for nausea, it lacks the common side effects of traditional medications, making it a safe choice for your pet.

Whether your pet suffers from any chronic conditions or you simply want to better the quality of their life, CBD is a safe for pets supplement that you can easily incorporate into their routines to decrease stress, and increase overall well-being.

Can CBD Help Improve My Gut Health And Digestion? [VIDEO] 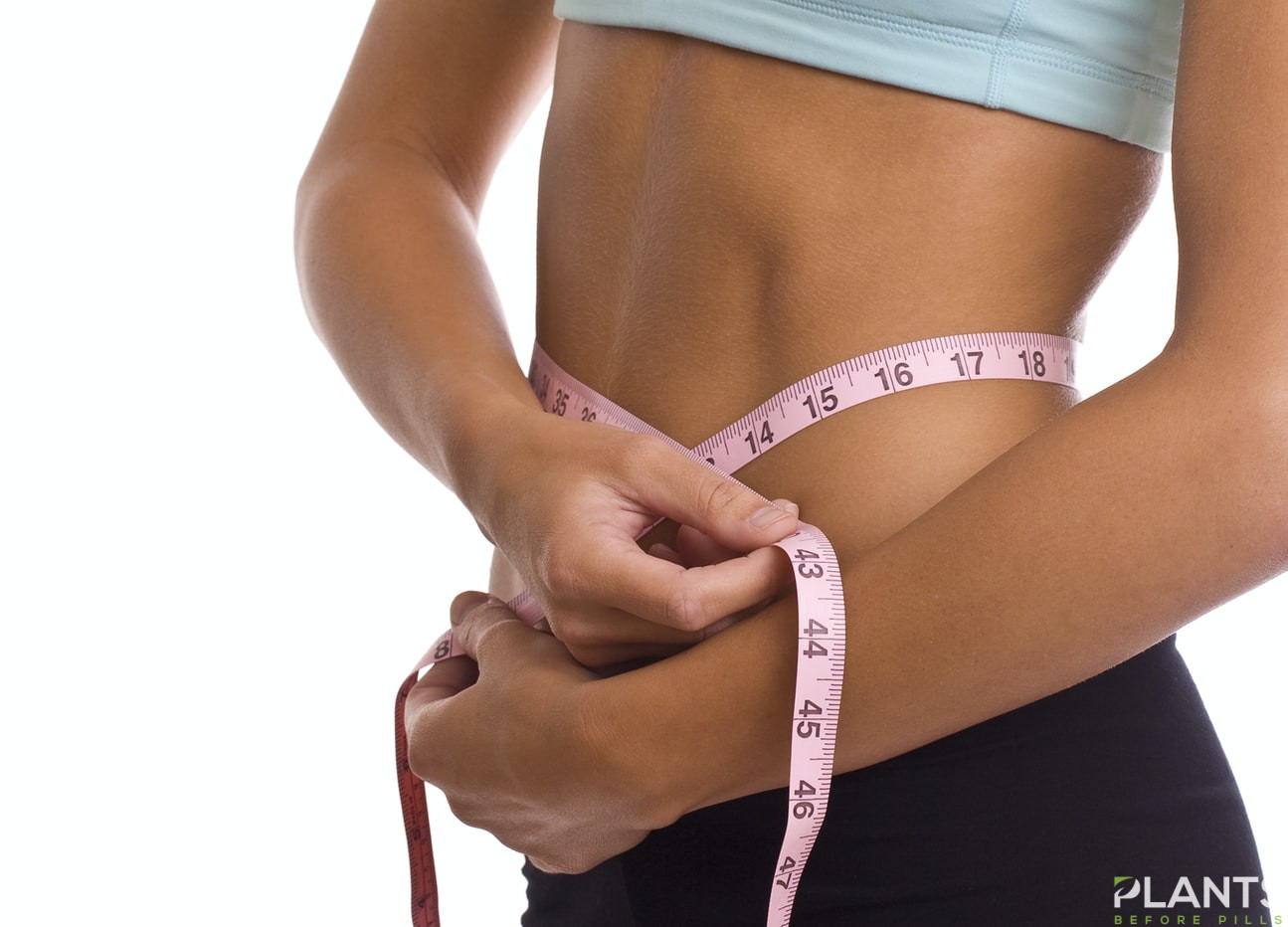 There are plenty of claims about how CBD can benefit gut health and digestion. According to some experts. CBD can impact the digestive system by providing digestive support and by soothing and calming the digestive organs. Dr Oz and investigative reporter Maria Schiavaocampo sheds more light on these claims.

How to Start Vaping 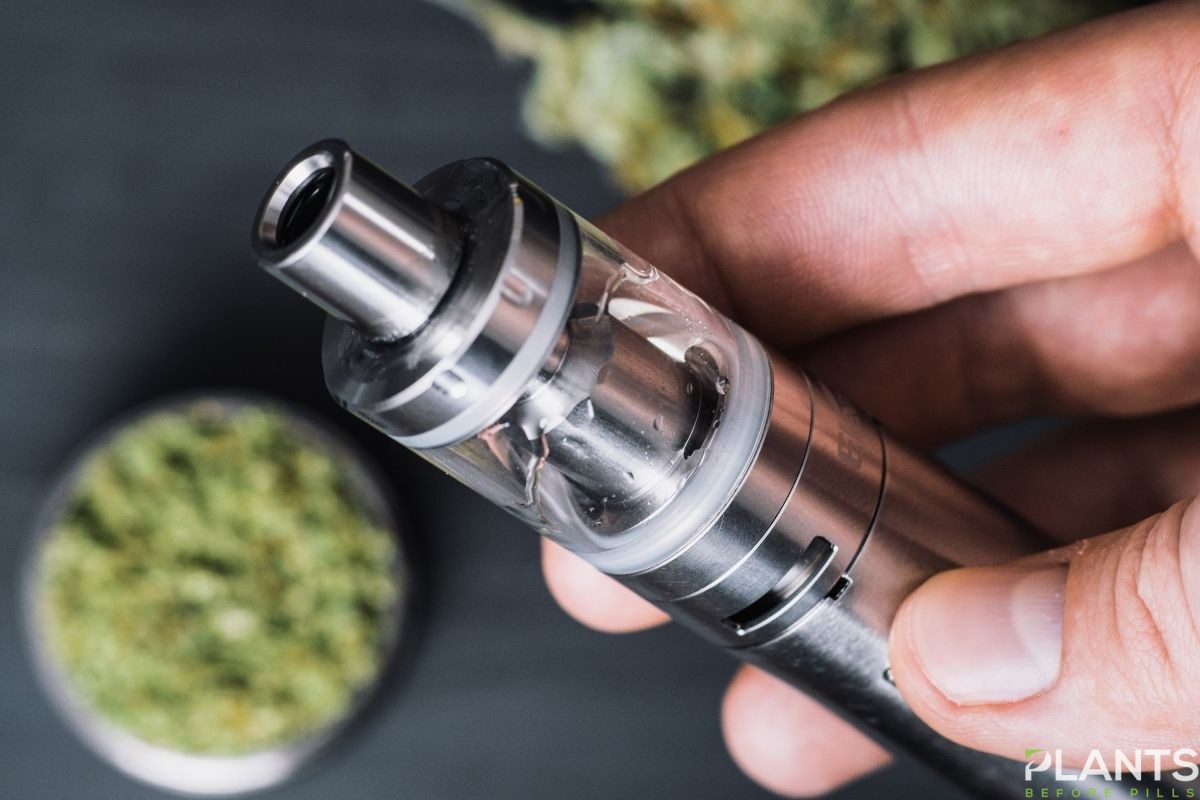 If you haven’t tried vaping yet but are considering giving it a try this article is for you! Vaping is easy and efficient but you need to choose the right oil and dispenser. So, let’s get stuck in and find out on how to start vaping.

What type of vaporizer?

Firstly, you need to choose a vaporizer. There are different types of vaporizer on the market. Each has their pros and cons, but the easiest and most affordable option when you are starting out is a vape pen.

Can you Vape CBD oil?

Yes, but only CBD oil made for vaping. Regular CBD oil is for oral consumption, and if you try and vape it, the results won’t be pleasant. You should only vape specially formulated CBD e-liquid known as vape juice. If in doubt, ask for advice when you shop.

First of all, it’s important to pay attention to the ingredients of vape juice. Avoid oils that contain harmful ingredients such as diacetyl and 2,3-Pentanedione. These ingredients are toxic may cause bronchiolitis obliterans, also known as popcorn lung. Health and safety should be your primary concern, followed by cost. Also, try to always buy quality oil with known ingredients.

How to Start Vaping

Once you choose your vaporizer and vape juice select, you’re ready to vape! Before you start, please read the manufacturer’s instructions for your vape pen. If you know how to use it properly, you won’t cause damage to yourself or the pen.

Vape pens fall into two categories: draw activated and powered. All disposable pens and JUUL are draw-activated. So, once you have fitted your chosen pod to the JUUL, all you need to do is place the vape pen into the mouth and draw. Some cartridge pens are also draw-activated. Again, install the cartridge, place in your mouth and away you go.

If your reusable vape pen has a power button, install the cartridge, press the power button five times, and then you’re all set.

As you can see, once you have the right product and the corresponding device, vaping is easy. Experiment with different flavours and brands but remember to pay close attention to the ingredients!