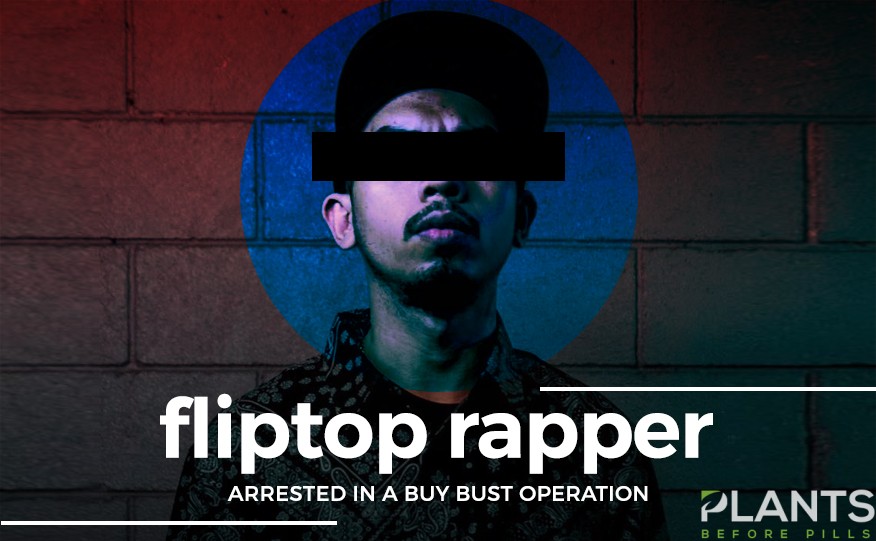 Since the Duterte government assumes power last June 30, 2016, the war on drugs was intensified. Aside from the crystal meth (methamphetamine hydrochloride, or locally known as ‘shabu’), marijuana is among the popular ‘contraband’ in the country. Marijuana is still illegal in the Philippines.

Philippine FlipTop rapper Marlon Peroramas, known as Loonie, was arrested last Wednesday, September 18, 2019. Peroramas was arrested alongside four other individuals allegedly involved in a buy-bust operation carried out by authorities and officers from the Makati Police.

Apart from the popular Philippine FlipTopper, four other suspects were apprehended. The police named the individuals as Albert Alvarez, David Rizon, Idyll Liza Peroramas, Loonie’s younger sister, and Ivan Agustin. The drug buy-bust operation was conducted at a hotel located in Poblacion, Makati named Herald Suites Hotel, around 8:45 in the evening.

Authorities supposedly apprehended numerous sachets filled with dried leaves that were suspected to be marijuana. Besides cannabis, authorities retrieved money as well as a cellphone which have been allegedly used for transactions.

Following the drug bust operation, Loonie and the four other suspects reportedly handed over high-grade marijuana amounting to 15 sachets in total. The transaction amount cost Php 100,000 or around $1900,  which authorities from the Makati Police were able to recover. Officer arrested the suspects after an undercover agent was handed the marked money.

Makati Police chief, Colonel Rogelio Simon, said that Loonie “told [his] men that he has a gig at the hotel that’s why they will just transact there. He placed the high-grade kush or marijuana inside a cellphone box,” some reports say.

Simon offered more details about the undercover mission. Officers and agents from his department befriended the FlipTop rapper after gaining insight that the artist dabbled in selling the cannabis plant. The chief officer says they “have a very reliable informant saying that he sells high-grade marijuana. [His] men went to [Loonie’s] gigs and befriended him to get his trust. Then they transacted with him,”. To commence with the operation, officers used fake money amounting to Php 100,000.

Prior to transacting with the FlipTopper, authorities monitored the activities of the artist for two months to corroborate the allegations against Loonie.

Despite being found with the drug money, the artist denies allegations against peddling the plant. Instead, Loonie merely admits to using the herb for recreational purposes.  He also added that he was found on-site to attend to a child with cancer.

As of yesterday, Loonie, Dizon, and Agustin went positive on the presence of THC, according to the initial laboratory tests conducted on the group. They will be charged with violation of Republic Act 9165, also known as the Comprehensive Dangerous Drugs Act of 2002.

Fans and fellow artists in the industry call for the release of the rapper.